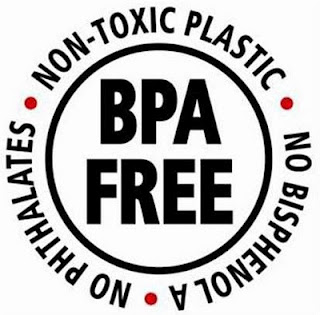 s your kid gaining weight? In the United States, 20% of children aged 6-11 are considered “obese” by government standards thanks to a mix of poor diet and little exercise. That excess weight might not seem like much but it can lead to future health issues and an increase in health insurance rates.

The Journal of the American Medical Association just released a new study that might shed some light for parents looking to help children slim down. While obesity is a complicated issue, the new study indicates there could be a connection between BPA, a chemical found in food packaging, and America’s fastest growing health problem.

According to AP Medical Writer Mike Stobbe, “BPA, or bisphenol A, has been used since the 1960s and become so widespread that it’s found in virtually all Americans.”

However, the study found that children with the highest levels of BPA in their urine were “twice as likely to be obese as those with the lowest.”

This isn’t the first time that BPA has come under fire for its negative medical implications. In 2007, a review of BPA concluded that low doses administered during fetal and infant developmental stages can have “persistent effects on brain structure, function, and behavior in rats and mice.”

So what can parents or expecting mothers do to avoid interactions with the synthetic hormone? First and foremost, avoid plastic objects with recycling symbols 3, 6, and 7. Numbers 3 and 6 plastics may release toxic products into food and drinks during the breakdown process. Plastic number 7 has been shown to leach bisphenol A, a potential hormone disruptor, into liquids and according to Dr. Leo Trasande of the Mt. Sinai School of Medicine, no level of bisphenol A is safe.

Parents should be warned that this study is not the answer to curing childhood obesity but it might be a step in the right direction. For now, here are four ways you can make food fun, keep your child healthy and your health insurance costs remain low:

Many children resist some of the healthiest foods, especially vegetables. Instead of forcing broccoli into unwilling mouths, hide it in unassuming meals. Several portions of vegetables can be blended into a fruit smoothie without compromising taste.

Healthy food doesn’t have to look unappealing. Have some fun in the kitchen and work together to create fun foods like Smiley Sandwiches with peanut butter and fruit or Frozen Banana Popsicles.

Curious kids have an inherent interest in the unknown. Instead of serving fruit or vegetables on a drab plate, consider making kabobs to add a tactile object that your child is allowed to play with.

Yes, your mother always said not to play with food but that was before Mr. Food Face Plate hit the market. The product resembles the old Wooly Willy games except the kids can use food instead of metal filings to give Mr. Food Face new features!