5 Rules of the Road That You May be Overlooking Everyday 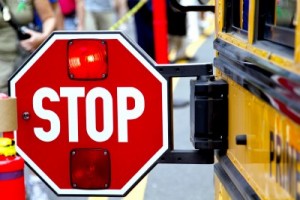 The longer you drive the more comfortable you become on the road. At some point, you may even begin to get lazy. This often times results in a moving violation, or worst yet, causing an accident.
It is important that you follow the rules of the road, no matter if you have been driving for many years or just received your license last week. Your job is to get from point A to point B as safely as possible.
When you follow the rules of the road, you are keeping yourself as well as other drivers safe. This is something that you should take pride in.
Here are five rules of the road that you may be overlooking. As simple as these rules may be, a growing number of people are forgetting about them and doing things their own way.

When was the last time you made a turn without signaling? Chances are that you don’t have to think back very far. This may be an inconvenience to you, but it is putting you in harm’s way. For example, if you suddenly decrease your speed to make a turn the driver behind you could crash into your rear. Is that something you want to risk?

The rolling stop. This is something that most drivers have perfected. Instead of coming to a complete stop, they simply pump their brakes and keep moving. This is something you may not even realize you are doing – until you receive a ticket, of course. When you roll through a stop sign you are increasing your chance of an accident at an intersection. What would happen if two people did this at the same intersection, at the same time?

In today’s world, technology is running rampant. For this reason, some people think it is okay to wear headphones and listen to music while driving. Does this make any sense? Not much, being that you could just listen to the radio. However, a lot of drivers are doing this. The problem is that you are unable to hear what is going on around you when you have headphones in your ears. From another driver beeping his horn to an emergency vehicle behind you, all outside sounds will be drowned out.

4. Not Wearing a Seatbelt

Despite the thousands of “click it or ticket” signs that are present all over the country, many people just don’t wear a seatbelt when driving. In addition to being against the law, not wearing a seatbelt is extremely dangerous. Make sure your seatbelt is on before your car begins moving.
Tip: You should also require that every passenger in your vehicle wear a seatbelt. This is your responsibility.

5. Passing a School Bus When it is Stopped

How many times have you done this? Be honest. Even though the bus will put on its hazard lights while displaying a stop sign, many people are too impatient to wait. This is dangerous because you never know when a child may step out in front of the bus on his or her way to the sidewalk. Get caught doing this and you are going to be hit with a huge fine while potentially losing your license.
You Might Also Like:
Don’t Say These Things After Being Pulled Over
Usage Based Auto Insurance – Is it Right for You?
What to do if Your Car Insurance Premium Increases
5 Ways to Make Your Car Safer for Children
Sponsored Links
Follow @insurancec